Dr. Basil Ugorji’s parents and family witnessed first-hand the devastating effects of ethnic and religious conflict during and after the interethnic violence that culminated in the Nigeria-Biafra War.

Dr. Basil Ugorji was born and the Igbo (Nigerian) name, “Udo” (Peace), was given to him based on his parents’ experience during the Nigeria-Biafra War and the people’s longing and prayers for peace on earth.

Motivated by the meaning of his native name and with the intention of becoming God’s instrument of peace, Dr. Basil Ugorji decided to join an international catholic religious congregation called the Schoenstatt Fathers where he spent eight (8) years studying and preparing for the Catholic Priesthood.

Worried and greatly disturbed by the frequent, incessant and violent ethno-religious conflicts in his native country, Nigeria, and around the world, Dr. Basil Ugorji took a heroic decision, while still in Schoenstatt, to serve as St. Francis taught, as an instrument of peace. He resolved to become a living instrument and channel of peace, especially for groups and individuals in conflict. Motivated by the ongoing ethno-religious violence resulting in the deaths of tens of thousands of people, including the most vulnerable, and intent upon actualizing God’s teachings and messages of peace, he accepted that this work would require considerable sacrifice. His assessment of this social problem is that sustainable peace can only be achieved through the development and propagation of new ways of living together irrespective of ethnic or religious differences. After eight years of studying in his religious congregation, and intense deliberation, he chose a path of significant risk to himself and his family. He relinquished his safety and security and dedicated his life out in the world actively working to restore peace and harmony in human society. Fueled by Christ’s message to love your neighbor as you love yourself, he resolved to commit the rest of his life to fostering a culture of peace among, between and within ethnic, racial, and religious groups around the world.

In addition to becoming a Research Scholar at the California State University’s Center for African Peace and Conflict Resolution in Sacramento, California, Dr. Basil Ugorji worked at the United Nations Headquarters in New York within the Africa 2 Division of the Department of Political Affairs after receiving Master’s degrees in Philosophy and Organizational Mediation from the Université de Poitiers, France. He then went on to earn a PhD degree in Conflict Analysis and Resolution at the Department of Conflict Resolution Studies, College of Arts, Humanities and Social Sciences, Nova Southeastern University, Florida, USA.

The idea for ICERM was inspired during a meeting Dr. Basil Ugorji and his colleagues had with the United Nations Secretary-General Ban Ki-moon on July 30, 2010 at the United Nations General Assembly in New York. Speaking about conflicts, Ban Ki-moon told Dr. Basil Ugorji and his colleagues that they are leaders of tomorrow and that many people rely on their service and support to solve world problems. Ban Ki-moon stressed that young people should start doing something about world conflict now, rather than wait for others, including governments, because bigger things start from a small thing.

It was this profound statement of Ban Ki-moon that inspired Dr. Basil Ugorji to create ICERM through the help of a group of conflict resolution experts, mediators and diplomats who possess strong background and expertise in ethnic, racial, and religious conflict prevention and resolution.

With a unique, comprehensive, and coordinated approach to address ethnic, racial, and religious conflicts in countries around the world, ICERM was legally incorporated in April 2012 with the New York State Department of State as a nonprofit membership corporation organized and operated exclusively for scientific, educational, and charitable purposes as defined by Section 501(c)(3) of the Internal Revenue Code of 1986, as amended (the “Code”). Click to view the ICERM Certificate of Incorporation.

ICERM launched and held the first Annual International Conference on Ethnic and Religious Conflict Resolution and Peacebuilding, on October 1, 2014 in New York City, and on the theme, “The Advantages of Ethnic & Religious Identity in Conflict Mediation and Peacebuilding.” The inaugural Keynote Address was delivered by Ambassador Suzan Johnson Cook, 3rd Ambassador at Large for International Religious Freedom for the United States of America.

The United Nations Committee on Non-Governmental Organizations on May 27, 2015 unanimously voted for and recommended ICERM for special consultative status with the UN Economic and Social Council (ECOSOC).

The United Nations Economic and Social Council (ECOSOC) at its coordination and management meeting of July 2015 adopted the recommendation of the Committee on Non-Governmental Organizations (NGOs) to grant special consultative status to ICERM. Consultative status for an organization enables it to actively engage with ECOSOC and its subsidiary bodies, as well as with the United Nations Secretariat, programs, funds and agencies in a number of ways. With its special consultative status with the UN, ICERM is positioned to serve as an emerging center of excellence for ethnic, racial, and religious conflict resolution and peacebuilding, facilitating peaceful settlement of disputes, conflict resolution and prevention, and providing humanitarian support to the victims of ethnic, racial, and religious violence. Click to view the UN ECOSOC Approval Notice for International Center for Ethno-Religious Mediation.

ICERM re-branded its organizational image by designing and launching a new logo and a new website. As an emerging international center of excellence for ethnic, racial, and religious conflict resolution and peacebuilding, the new logo symbolizes the essence of ICERM and the evolving nature of its mission and work. Click to view the ICERM Logo Branding Description.

Symbolic Interpretation of the Seal 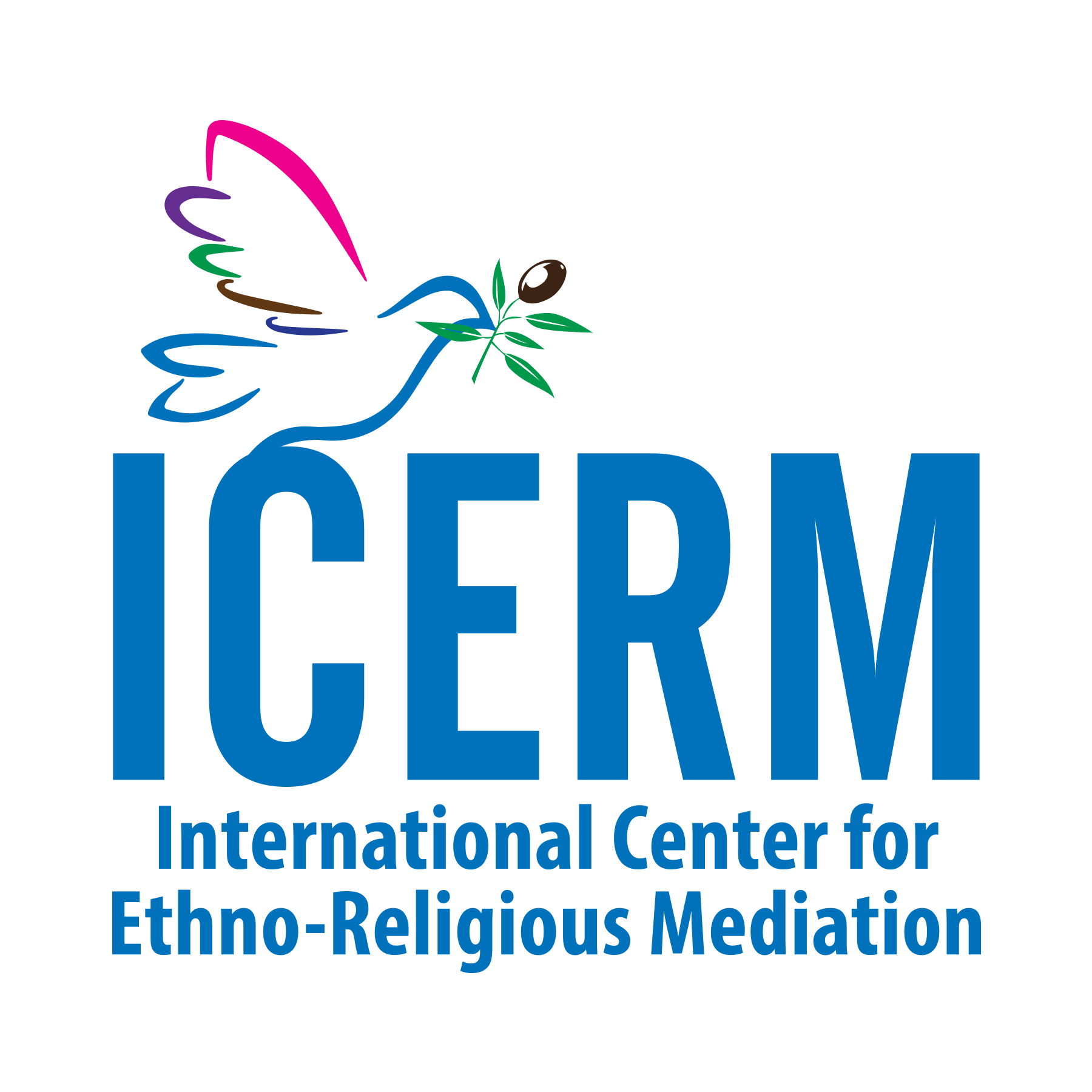 ICERM’s new logo (Official Logo) is a Dove carrying an Olive Branch with five leaves and flying out from the International Center for Ethno-Religious Mediation (ICERM) represented by the letter “C” to bring and restore peace to the parties involved in conflicts.

International Center for Ethno-Religious Mediation launched a new website. The new website has a social media platform called inclusive community. The purpose of the new website is to help the organization intensify its bridge building work. The website provides a networking platform where users can connect with one another, share updates and information, create Living Together Movement chapters for their cities and universities, and preserve and transmit their cultures from generation to generation.

International Center for Ethno-Religious Mediation changed its acronym from ICERM to ICERMediation. Based on this change, a new logo was designed which gives the organization a new brand.

This change is consistent with the organization’s website address and bridge building mission.

Henceforth, International Center for Ethno-Religious Mediation will be known as ICERMediation and will no longer be called ICERM. See the new logo below. 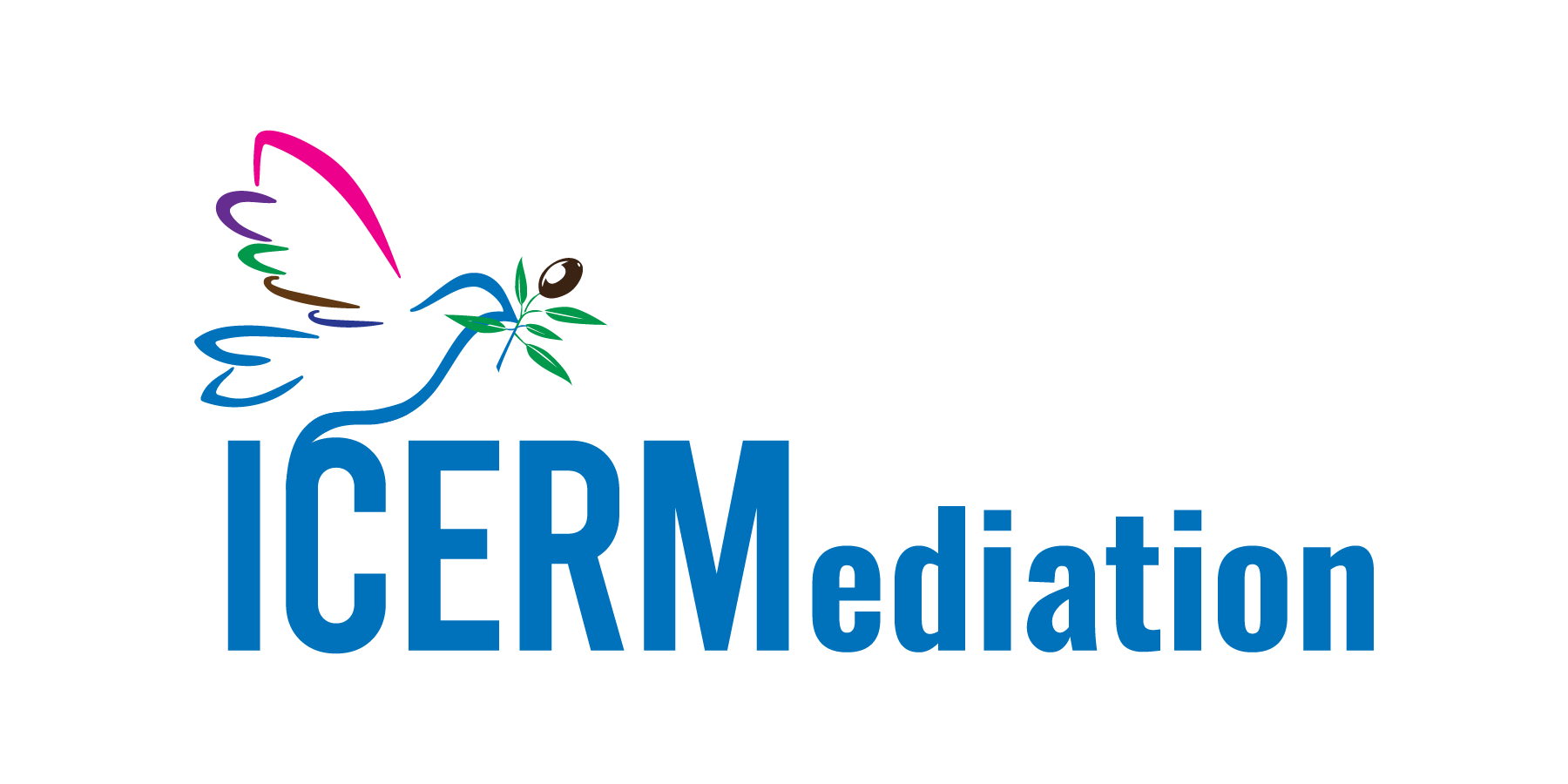 Help continue making history with us.

JOIN THE MOVEMENT TODAY!
HELP US REACH OUR GOALS