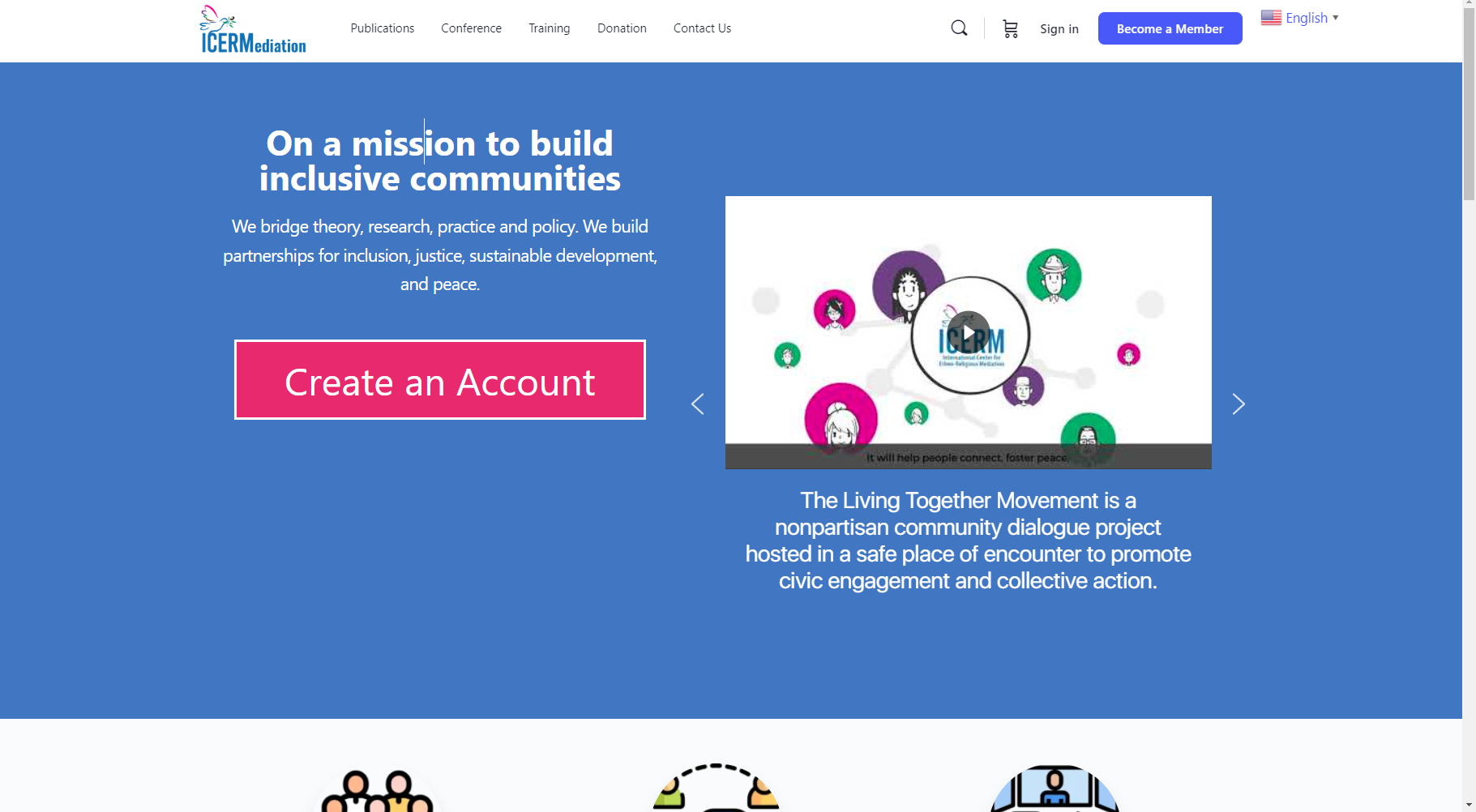 The October 2022 membership meeting of the International Center for Ethno-Religious Mediation (ICERMediation) was chaired by Basil Ugorji, Ph.D., President and CEO.

There were 14 active members present at the meeting representing over half a dozen countries, including the Chair of the Board of Directors, His Excellency, Yacouba Isaac Zida.

The meeting was called to order at 1:04 PM Eastern Time by President and CEO, Basil Ugorji, Ph.D. with the group’s participation in the recitation of the ICERMediation mantra.

President and CEO, Basil Ugorji, Ph.D. delivered a special presentation on the history and development of the International Center for Ethno-Religious Mediation, including the evolution of its branding, meaning of the organization’s logo and seal, and commitments. Dr. Ugorji reviewed the many projects and campaigns that ICERMediation (the newest branding update from ICERM) is committed to, including the Annual International Conference on Ethnic and Religious Conflict Resolution and Peacebuilding, the Journal of Living Together, International Divinity Day Celebration, Ethno-Religious Conflict Mediation Training, the World Elders Forum, and most notably, the Living Together Movement.

Following the overview of the organization, Dr. Ugorji and the Chair of the Board of Directors, His Excellency, Yacouba Isaac Zida, presented the 2023 strategic vision of ICERMediation. Together, they underlined the importance and urgency of expanding the vision and mission of ICERMediation to an active role in building inclusive communities around the world. This begins with a conscious effort to bridge the gap between and among theory, research, practice and policy, and to establish partnerships for inclusion, justice, sustainable development, and peace. The primary steps in this evolution include facilitating the creation of new chapters of the Living Together Movement.

The Living Together Movement is a nonpartisan community dialogue project hosted in a safe place of encounter to promote civic engagement and collective action. At the Living Together Movement chapter meetings, participants encounter differences, similarities, and shared values. They exchange ideas on how to foster and sustain a culture of peace, nonviolence and justice in the community.

To start the implementation of the Living Together Movement, ICERMediation will establish country offices around the world beginning from Burkina Faso and Nigeria. Furthermore, by developing a steady income stream and adding staff to the organizational chart, ICERMediation will be equipped to continue establishing new offices worldwide.

In addition to addressing the developmental requirements of the organization, Dr. Ugorji demonstrated the new ICERMediation website and its social network platform which engages users and allows them to create Living Together Movement chapters online.

Members were eager to learn more about how they can participate and engage in Living Together Movement chapters. Dr. Ugorji answered these inquiries by directing them to the website and demonstrating how they can create their personalized profile page, interact with others on the platform, and volunteer to join the Peacebuilders Network in order to create Living Together Movement chapters for their cities or college campuses or join existing chapters. The Living Together Movement, Dr. Ugorji and His Excellency, Yacouba Isaac Zida, reiterated, is guided by the principle of local ownership in the peacebuilding process. This means that ICERMediation members have an important role to play in starting and nurturing a chapter in their cities or college campuses.

To make the process of creating or joining a Living Together Movement chapter easy for users, it was agreed that an ICERMediation app will be developed. Users will be able to download the ICERMediation app on their phone for a more convenient sign-up, login and use of the web technology.

Another member asked why ICERMediation chose Nigeria and Burkina Faso for new offices; what is the condition of ethnic and religious conflict/oppression that legitimizes establishing two offices in Western Africa? Dr. Ugorji emphasized the ICERMediation network and the plethora of members that would support this next step. In fact, many members who spoke during the meeting supported this initiative. Both of these countries are home to multiple ethnic and religious identities and have a long and violent history of ethno-religious and ideological clashes. By partnering with other local organizations and community/indigenous leaders, ICERMediation will help to facilitate new perspectives and represent these communities at the United Nations.

Basil Ugorji, Ph.D., President and CEO of ICERMediation, moved that the meeting be adjourned, and this was agreed upon at 2:30 PM Eastern Time.

Minutes Prepared and Submitted by:

Abstract The goal of this paper is to explore and explain the organizational culture – the foundational assumptions, shared values and system of beliefs –…

Abstract Religious conflicts have been prevalent in Nigeria in the last couple of decades. Presently, the country is experiencing a scourge of violent Islamic fundamentalism…